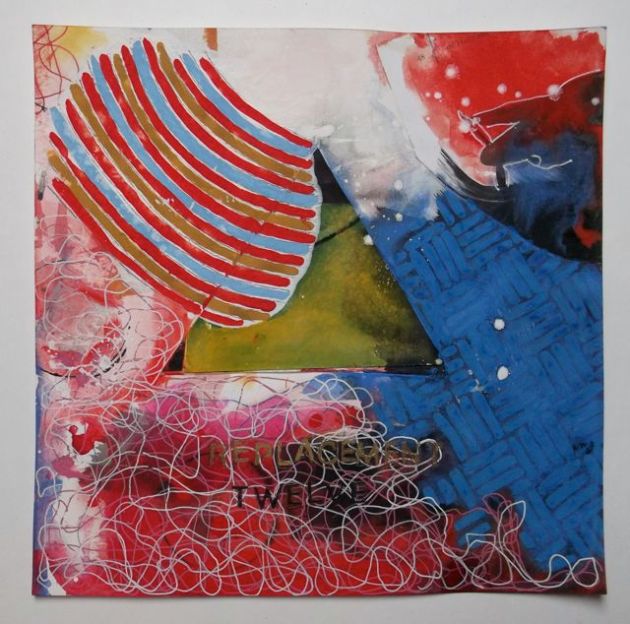 For each of my Long Series paintings that I sell, I intend to do a replacement painting. I recently finished the Long Series, and I have 18 replacements to do. 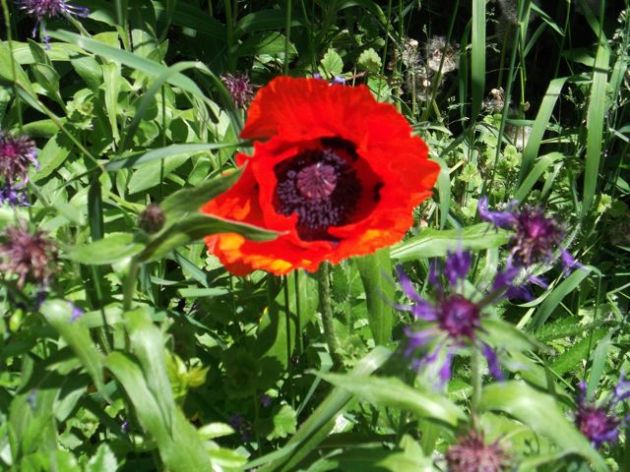 This is not a top ten list, but rather a totally random list of things I like. listed in alphabetical order of course, and complete with links where possible.

1. Atlantic Grand Prix Wrestling. When I was a kid it wasn’t a Saturday if I didn’t watch Atlantic Grand Prix Wrestling. These were the days before wrestling shows became big flashy arena spectacles, and the shows usually were in small local halls and gyms. There were still good guys and bad guys, and everything was clearly over the top and fake, but it was a lot of fun. My favorite wrestler was Big Stephen Petitpas.

2. Coloured pencils. I’m often surprised how much I still use coloured pencils. I combine them with various media such as watercolours and acrylics, and I even used them with oil colours. I’ve been using them since I was a kid and I have a large box of them. I think I still have many from my college days.

3. Digital cameras. Nothing in recent memory has made the life of an artist easier than the digital camera. I remember spending hours and much money taking slides of paintings under tungsten balance lights, and hoping that they turned out okay. Now all I have to do is pull out my digital camera take a few photographs of a painting and I know immediately if the photo is good or bad. Being able to upload an image to a computer and email or post it is the second thing that has made life easier for artists.

4. Joan Miro’s Bleu 1, Bleu 2, Bleu 3. Miro was a great artist who saved his best for last. These mural size canvases from 1961 are simply sublime. My four-and-a-half year old enjoys sitting down with my Miro books and looking through them before bed time. She is a big fan of his painting.

5. Roundabouts. Charlottetown recently built several roundabouts, and at first everyone seemed to think they were going to be disasters. But given islanders’ hatred of stop signs they have proven to be a great success. They move traffic quickly and safely, and I think we should have them at every intersection.

6. Squeeze. Squeeze is one of the great bands of the late 1970s and early 1980s. I often wonder how big they would have been if another band called the Police hadn’t made it bigger. My favorite Squeeze songs are, Black Coffee In Bed, and Pulling Mussels From a Shell.

7. Stop signs. I like stop signs. They keep me from getting killed as I walk through a crosswalk. Islanders have a loose appreciation of stop signs at best and are often unsure if they should use them.

8. Thunder storms. When I was a kid there were few things as exciting as the flash of lightning and the crash of thunder. I always knew I was safe in my home, but there was always that thrill of danger and terror when there was a particularly close boom of thunder.

9. Velcro. Who ever invented this stuff was a genius that made the lives of parents both easier and harder at the same time. When a kid is small there is nothing better than Velcro. It makes getting a small kid into a pair of shoes a hell of a lot easier. It also makes teaching the same kid to tie her shoes a hell of a lot harder.

10. Zippers. I like zippers, they make life so much easier than buttons. Also zippers are better for pants, as you just zip or unzip your fly, whereas buttons create all kinds of delays as you fumble around trying to unbutton in front of a urinal. Or…