The studio of Don Voisine.

The person I’d like to introduce is the artist Don Voisine. 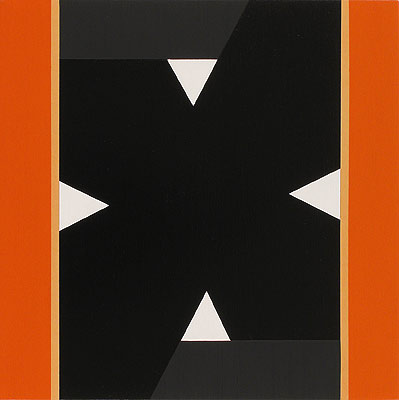 Don Voisine is of Acadian descent, and was born in Fort Kent, Maine, and lives in Brooklyn, NY

“Architecture – a language of space – delineates boundaries, exposes points of access, exit or entry, and enables the user to interact with the structure of a defined space. This simple vernacular of architecture informs my paintings. Working with symmetry and a standardized format to reduce variables, I establish borders on all planes. Color activates an apparent void; a reflective surface opens a window into the painting, both mirroring and obscuring the view. Such devices restrict and ultimately reveal the interior spaces, establishing a fluid subjectivity between the viewer and the work.

My earlier paintings were about limits, restrictions, and controlled access. With the introduction of more complex angles, the space becomes charged, resonating with implied speed, curve and thrust. These interactions seem to extend beyond the edges of the picture plane, shifting perceptions of scale and perspective.

I try to counter my own expectations, juxtaposing unlike elements to create an active visual field.  Compositional elements: space, light, color, and form, combine with the perception of the viewer to create an individual and particular experience.”

Evolution of the work:

“Years ago I began working with imagery derived from floor plans of places I lived in or worked in.  Over time the paintings became more and more geometrically structured and less about a specific place.  My work evolved slowly through repeated explorations of variations and form.  I don’t work in series per se but continually on a number of paintings at once with ideas feeding individual paintings back and forth.  Certain features may begin to appear sporadically but a year later those features may have become the prominent areas that the work is exploring.  It’s a long slow back and forth, a give-and-take that isn’t always linear.

In 2006, in addition to working on wood panels, I began painting on small chunks of Styrofoam boards.  Although I use the same type of imagery on both substrates, wood or foam, the Styrofoam paintings maintain a funkier edge, with perhaps less gravitas, and convey a quality of humor not associated with rigorous geometric forms.  Each material, foam or wood, generates ideas for the other.” DV 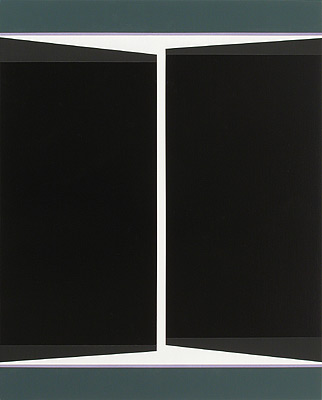 Other material relating to Don Voisine.