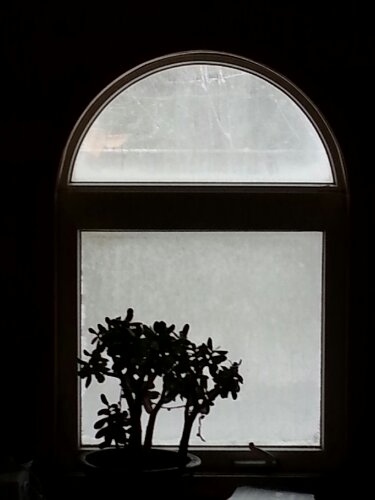 There is a winter storm howling at my studio window and I can’t see out. But at least I’m getting some work done. 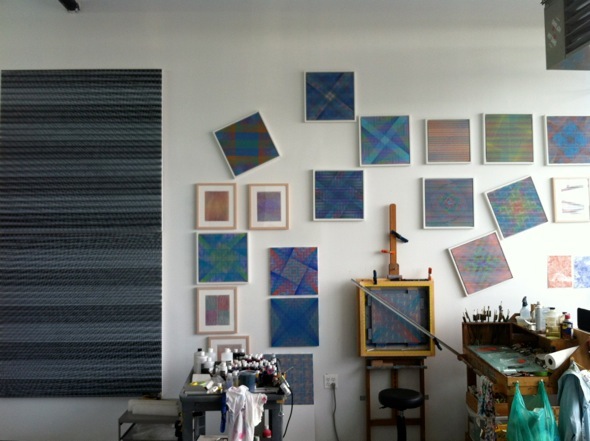 The person I’d like to introduce is the artist  Rob de Oude. 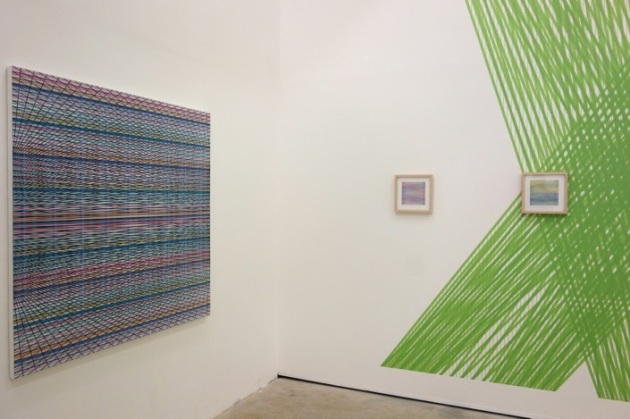 Dutch native Rob de Oude lives and paints in subsequently Brooklyn and Queens, NY. He has been educated at the Hoge School voor de Kunsten in Amsterdam, in painting, sculpture and art history and has followed the Graduate Program for painting at SUNY Purchase, NY, as part of an educational exchange program. de Oude has shown in the US, Europe and Asia, has participated in several art fairs in New York and Miami, Slick Art Fair in Paris and has, amongst others, been featured in the NY Post, L Magazine, Sculpture Magazine, Artnet Magazine, NYArts Magazine, The New Criterion, Haberarts.com, Capital New York, Bushwick Daily, The James Kalm Report.  As a founding member, de Oude is currently co-director of Parallel Art Space in Queens, NY. 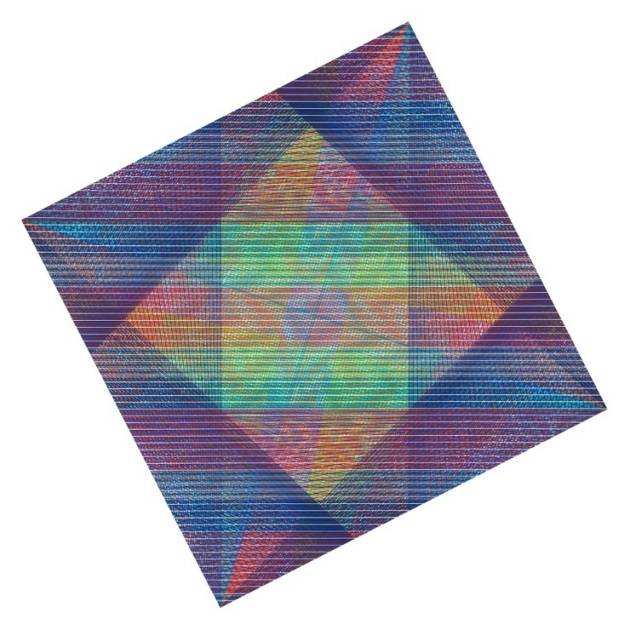 “Rob de Oude makes straight lines bend. He achieves this perceptual effect through a rigorous and meticulous painting process, layering and weaving matrices of straight lines until, between the contrasting colors and crisscrossing patterns, grids begin to bow and warp. This visual slight, a more painterly and maximalist type of Op art, tricks the eye through sheer ocular overload. In an age of unabated visional stimulation, these super-imposed networks speak of digital delirium, increased connectivity between disparate points and, perhaps most crucially, unbridled visual pleasure.

Much like a web — whether of fiber-optic cables or spider-spun silk — de Oude’s compositions have a seductive power that’s difficult to escape. Indeed, each piece reveals more of itself the longer viewers’ eyes remain caught in its patterns. The many precise and overlapping threads begin to separate and become distinct, previously unnoticed hues emerge, and the compositions seem to shape-shift and spin as viewers parse the works’ optical static. The latticework of lineaments slowly reveals its inner logic.

De Oude’s paintings demand contemplative and close engagement beyond their immediately gripping visual tricks. Looking at a piece can induce a trance-like immersion not unlike his painting process. A surprisingly simple rig with clamps and ruled edges allows for an infinite variety of fine lines applied in dozens of layers over a base of airbrushed neon clouds. By juxtaposing contrasting hues, he builds up a complex mesh whose individual strands can only be teased out on close inspection.”  Read complete statement here. 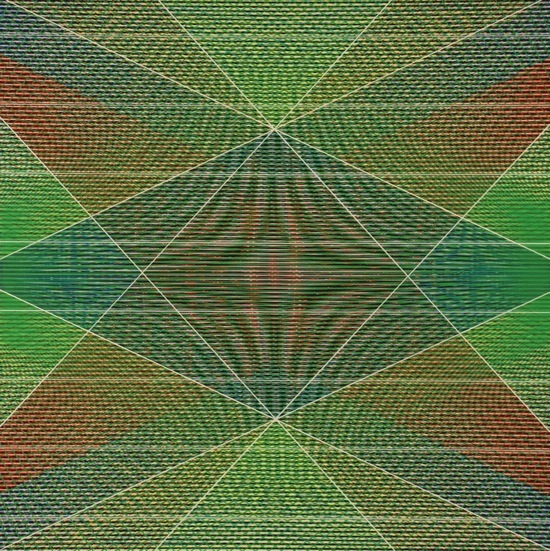 If you liked this introduction check out the PREVIOUS and NEXT.