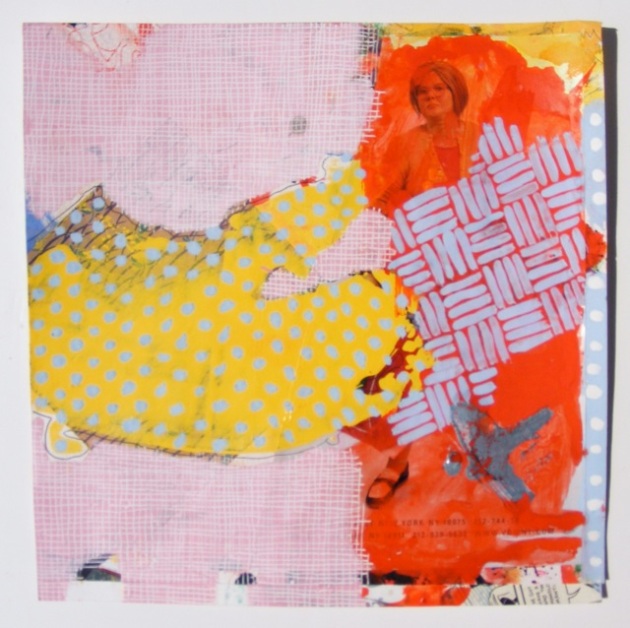 Like most artists I’m faced with the problem of what to do with my work after it has been created. I try to show it in exhibitions, commercial art galleries, and other spaces, but the simple fact is most of it ends up sitting in my studio.

Another fact is that there a lot of artists working today and few opportunities to exhibit on a regular basis. So I tend to take things in hand and create my own opportunities. Over the years I’ve organized exhibitions of my work in cafes, video stores, and other non-traditional spaces. I’ve had one-day arts sales and open studio days. Each has had various levels of success, and I’m always interested in exploring new venues.

Recently I’ve been posting online exhibitions of my Long Series paintings on my other blog My Own Art Fair. The first exhibition I posted is called The Arch and Curve, and it is a selection from my Long Series of pieces that are unified by an arching form that has long been of interest to me. I set up a separate page for the Price list for Arch and Curve as I felt it was important to shout out that the works are for sale, but I feel that a separate pages for the price list is less distracting to the work, and also feels a bit more “classy.”

The second exhibition is called A Ghostly Image. This selection of paintings is unified by a collaged element of a figure that is obscured by clouds of paint and line. Once again I’ve included a separate page for a Price list for A Ghostly Image.

So what have I learned so far? Well, the first thing is that selling art is not easy. You have to hustle and shout. Tell people your work is available for purchase and make use of all forms of social media and never underestimate the power of word of mouth because the easiest way to sell work is in the real face-to-face world. 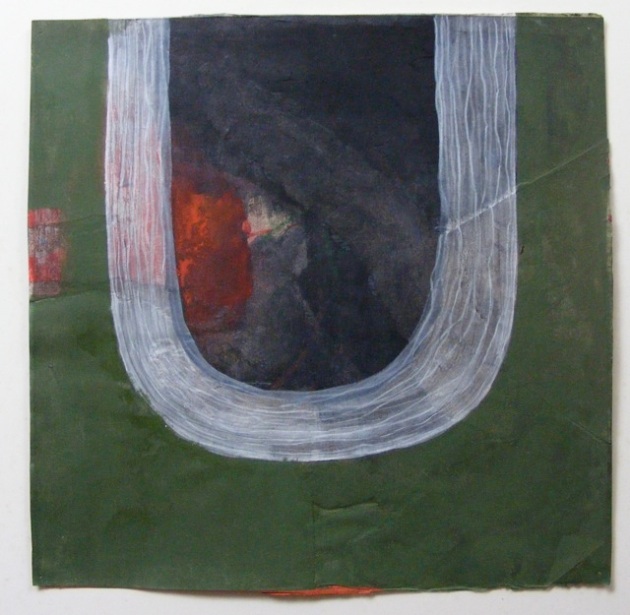 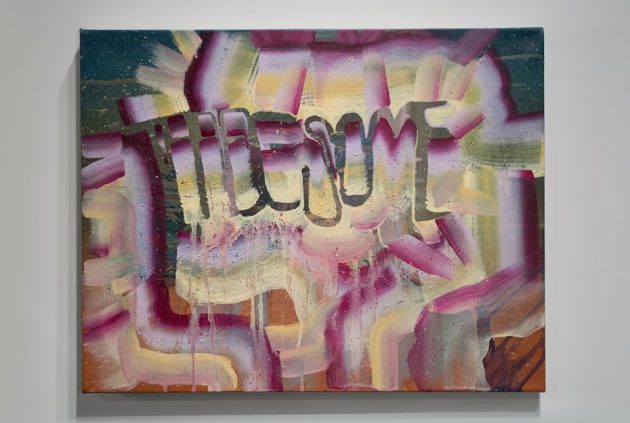 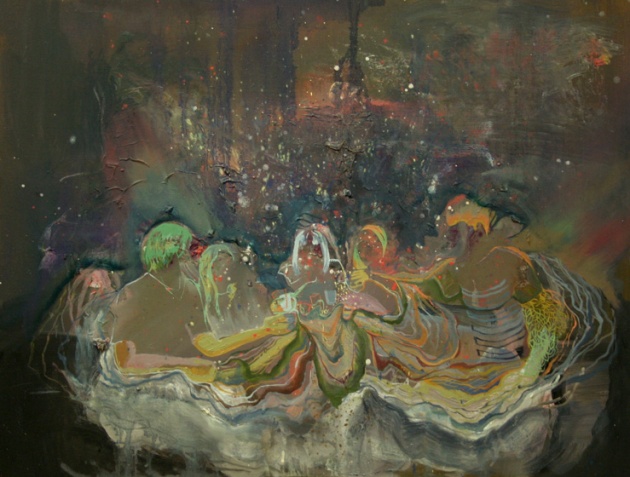 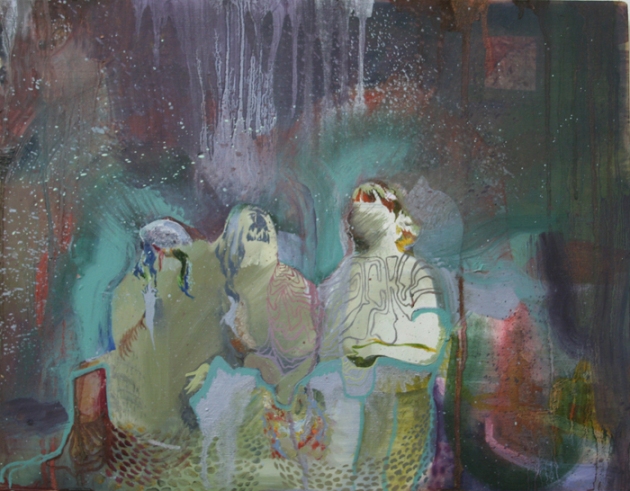 BIO
Jen Hitchings is a painter, independent curator, and community organizer in the arts. She received her BFA in Painting and Drawing from SUNY Purchase in 2011. She began curating exhibitions in Bushwick, Brooklyn in 2011 and founded WEEKNIGHTS gallery in her studio at The Active Space in July of 2012. WEEKNIGHTS transitioned into Associated in March of 2013, when Theresa Daddezio, Julian Jimarez-Howard (also of OUTLET Fine Art) and Hitchings joined forces as a curatorial team. She currently works for Pierogi gallery in Williamsburg and has volunteered for organizations such as Independent Curators International and Arts in Bushwick. 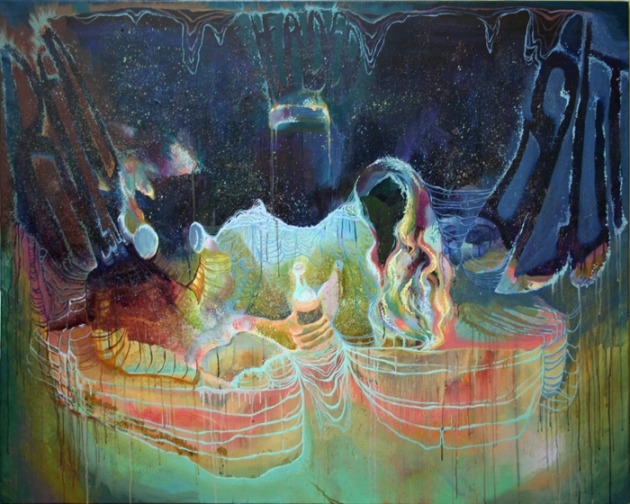 STATEMENT
“I look to candid photographs of friends and family, lovers and loathers, suburban drunks and urban delinquents, in an attempt to visualize intangible relationships and fleeting emotions. Tainted and lubricated by alcohol, drugs, false hopes and desires, the characters I depict are ones we all know, hate, and love. Amongst the impermanence and elasticity that composes relationships between one person and the next, time, nostalgia, mortality, and the function of photography are also constant considerations in my work. Within photographs of situations, places, and people, exist spider-webs of relations. Some scenes are depicted accurately from a photographic source, and others are reconstructed from unrelated images, composing a new and imagined situation. The language evoked by hand gestures or posture is sometimes emphasized or contradicted by verbal language that appears in text form. The haphazardness and mistakes that are inherent in the act of painting when pouring or splattering, juxtaposed with the control of illustrative mark-making and figurative representation, push-and-pull each other much in the way that people tend to handle what it means to be human, whether by making conscious decisions, mistakes, or altering their perception of reality in order to deny or ignore the banality of it.” JH

Other material relating to Jen Hitchings. 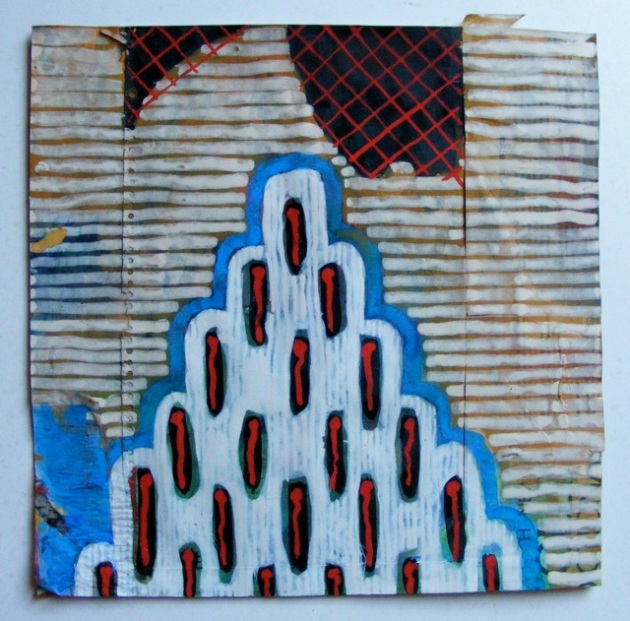 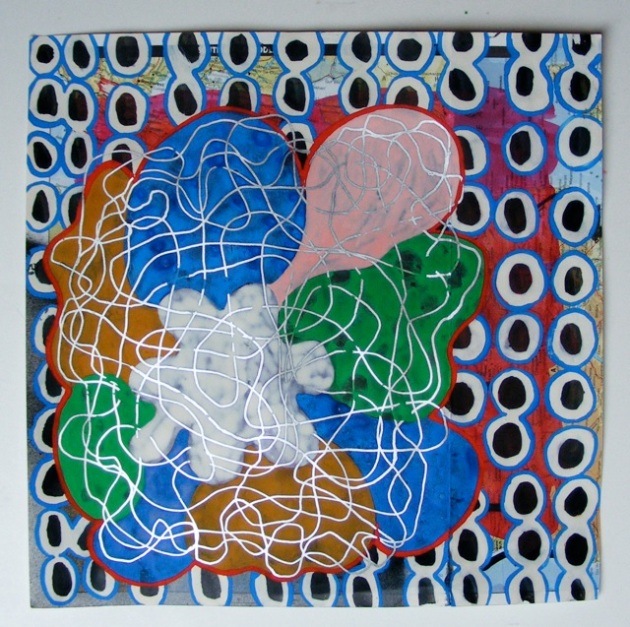 I have to say that I consider this piece to be a bit of a train wreck. Its only saving grace is that there are  parts that have given me a few ideas that I might someday make use of. So it’s what I call a piece for the stack.